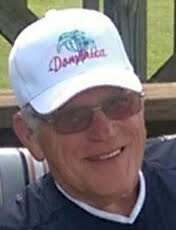 He worked as a supervisor for General Motors, Inc. for 13 years.  He retired in 1977 and moved to East Jordan.

Larry enjoyed hunting, fishing and going to Las Vegas.  Most of all, he enjoyed spending time with his family, especially his grandchildren.